In a video captured by an onlooker, the driver of a pickup truck appears to deliberately drive into a marching band group early Sunday in Bardstown, Ky. No one was injured, a police official… 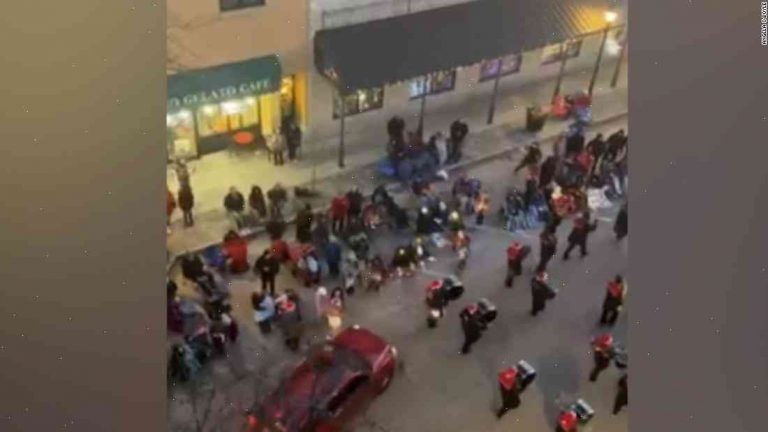 In a video captured by an onlooker, the driver of a pickup truck appears to deliberately drive into a marching band group early Sunday in Bardstown, Ky. No one was injured, a police official told a news conference Monday.

“This is the fourth time this has happened,” said police spokesman Todd Rhodes, explaining that earlier incidents involved “other people walking past them.”

The incident unfolded about 2:30 a.m. as about 300 members of the Bardstown High School marching band were rehearsing ahead of the second half of a home basketball game, Rhodes said.

The band’s marching line was standing in the street, directly in front of the truck at a crosswalk with eastbound traffic on West Main Street. The truck was driving west.

The Kentucky-based Kentucky Post reported that the band members “were blocking the street and were clearly unswayed by those who walked on the sidewalk.”

“I’m surprised that anyone put themselves in this situation,” Bardstown police Sgt. Keith Payne told reporters.

A truck drove into a marching band group in Bardstown Kentucky early Sunday.

The truck driver, who police say was 70, was arrested but has not been charged with a crime. Rhodes said the driver was shocked by what he saw. “It’s truly inconceivable what would cause someone to be unable to see this group of students?” he asked.

“I have been talking to the city attorney, as well as with our own legal department,” Rhodes said. “Our real focus right now is to learn what happened.”

Payne noted that “other people” drove by the band formation on each of the previous occasions, but no cars had hit the groups of students. Payne called it “outrageous” that none of the incidents seemed to have seemed to affect the driver’s driving.

The Bardstown High School football team beat Fayette County on Saturday. The Jefferson County School District has called a school board meeting for Monday to discuss how it “will assess and address how this incident occurred,” the Post reported.

The Bardstown district did not return a request for comment.

Is Sarah Hall’s new novel worth a tuck?