Australia will allow some people who were in the country on tourist visas to travel home early in December, Prime Minister Scott Morrison announced Thursday. Those coming in on tourist visas and skipping over… 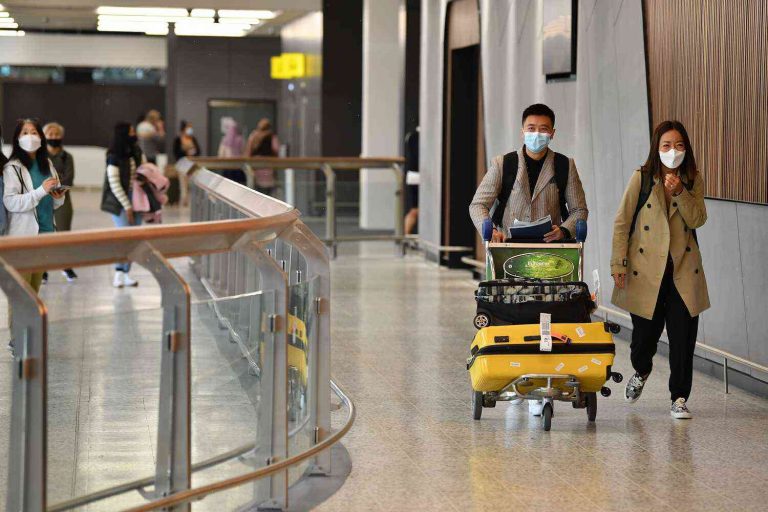 Australia will allow some people who were in the country on tourist visas to travel home early in December, Prime Minister Scott Morrison announced Thursday.

Those coming in on tourist visas and skipping over the clock and returning in December will have the option of staying out a year instead of two years, Morrison said.

Travelers from countries like Turkey, Egypt, Nepal, Turkey, Pakistan, Russia, Myanmar, India, Nigeria, Tanzania, and South Africa will be allowed to return home early next year instead of two years and will be given the option of returning a year after that.

Eligible travelers will be able to register with the Australian government to indicate if they have been in the country for more than 15 days to prevent those being allowed into the country from leaving early.

The idea for the early-return visa program was suggested by U.S. Secretary of State Mike Pompeo during a meeting between the two nations’ leaders, Prime Minister Scott Morrison said, according to The Australian newspaper. Pompeo and Morrison spoke Wednesday about the possibility of Australian students going to the U.S. to earn money in the summer months.

“As we speak, we are issuing entry permits to a number of states,” Morrison said, according to the newspaper. “And … today, we are committing to make this option a reality for all.”

Australia previously limited citizens from 22 countries that have dual citizenship to stay in the country for two years with the approval of the Australian immigration department.

“At a time when international travel has been tightened to the maximum permitted limit, we are sending a clear message: If you come to Australia on a visa, you must stay in Australia for a period of time that allows Australia to deliver on its promises and obligations,” Morrison said in a statement.

The change to the entry rules was first suggested in 2017 by then-immigration minister Peter Dutton, who advocated for simplifying the entry of specific countries, including India, to Australia. Australia had already had programs allowing some of those people to go back home earlier.

People with a “visa validity or avoidable departure date” will not be eligible to apply for the early-return visa, according to a release from the Australia Department of Immigration and Border Protection.

“Under this measure, we are keeping our promise to prevent an unacceptable level of overseas offenders from Australia, including visa overstayers who also have a passport from another country,” Morrison said.