Protesters in Austria enter lockdown. Violent protests on-going. Austria doesn’t want to be pulled into the mass of states boycotting EU agreements, over migrants from the Middle East. Video from Twitter: @Gutato. You can… 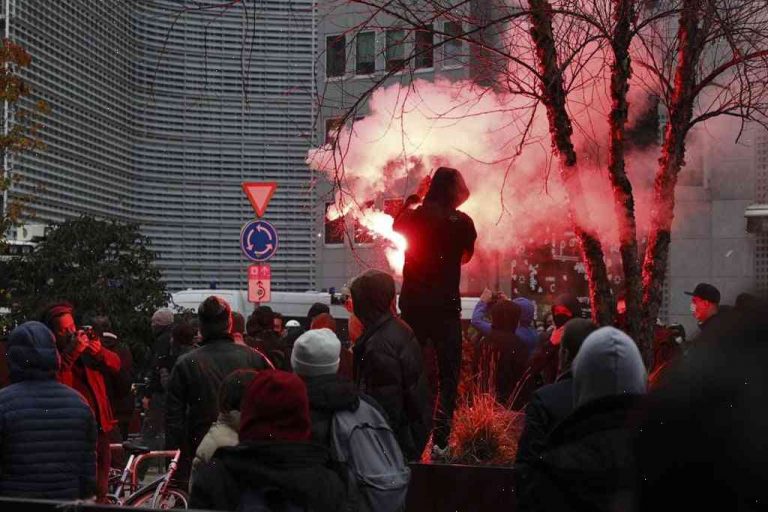 Protesters in Austria enter lockdown. Violent protests on-going. Austria doesn’t want to be pulled into the mass of states boycotting EU agreements, over migrants from the Middle East.

You can find the latest updates from the scene here in Austria.

Security forces have increased their presence at airport and railway stations and have broken up more protests in Wien, Austria. A Reuters reporter says at least 3,000 people are involved in the marches.

At least several of the Austrian protesters clashed with police, prompting crowds to respond with “si, se puede”.

The European region of the Netherlands has started to evacuate several refugee shelters to avoid clashes with refugees, according to reports.

Five refugees and the leader of the Islamic organisation Madad have been detained by Dutch police and charged with mobilizing violent protests, according to Dutch news agency ANP.

Video from ANP, with the hashtag #prinestilldemocratic, suggests that protesters have also blocked a train from moving to Switzerland.

The protests were sparked over fears that the European Union would not offer safe and legal migration routes to the region, Reuters reports.

The protesters have been provoked by a decision by the Commission to close a safe transit route for refugees to move between the EU’s Greek islands and north Africa, citing lack of control of the route by Libyan authorities.

Brussels has also increased pressure on countries further north that remain reluctant to accept refugees, arguing that they are likely to fall into the path of the migrant exodus that has already caused deadly conflicts in Syria, Afghanistan and Libya.