Under the relaxed rules, there is a single lane for buses and pedestrians – plus pockets of extra space for bikes, scooters and skateboards Confused by the new bus lane and the lack of… 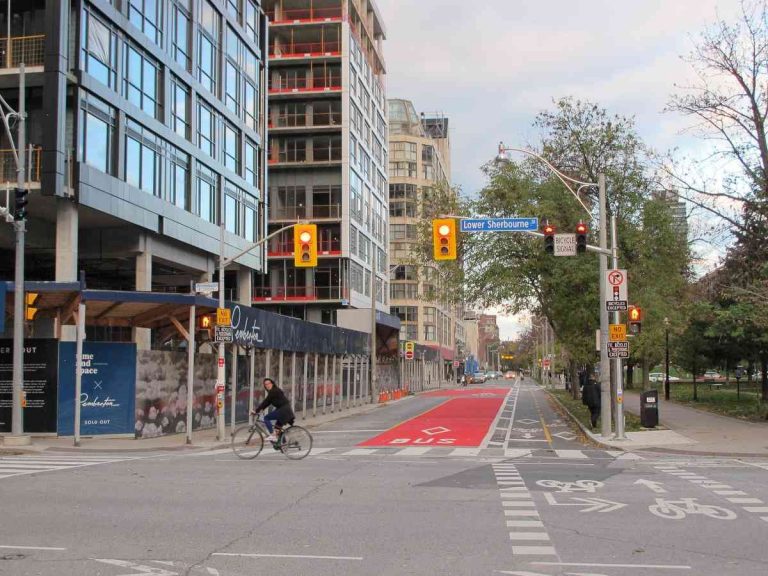 Under the relaxed rules, there is a single lane for buses and pedestrians – plus pockets of extra space for bikes, scooters and skateboards

Dawn takes an escalator on The Esplanade on Saturday 10 January 2018. Photograph: David Levene for the Guardian

The main bus stop on London’s famous Esplanade appears to be in the process of becoming an error-strewn nightmare. On Saturday morning, a few dozen commuters were stuck at the bottom of a series of escalators after seeing the temporary banner at the bus stop telling them that they could cycle or take the escalator instead.

In true London fashion, there was also a bus passing by, not entirely aware of the new bus lane rules that state there should be a single lane for vehicles and a second one for pedestrians.

Keen to resolve the problem, we went in search of the new bus lane. At the bottom of Victoria Embankment the motorway reached its limit – with a car being squeezed into the middle of the pavement as he tried to jump from one lane to the other.

The Esplanade has a quiet, wooden path that is well used by families, joggers and cyclists, but it is not a cycle path. And when the motorist tried to jump over it, there was not an adequate space for him to do so.

Transport for London has said in the past that the construction of the bus lane would provide a safe route for cyclists. On Saturday I found the lack of signage very confusing. The ban on buses boarding only from two main points on the Esplanade had been imposed less than 24 hours before.

That, presumably, explains why there was no signage to tell anyone that the notorious curbside zone at Victoria Embankment had been altered to allow bicycles and scooters to take to the road. And why, when you turned off footpath in to the busy road, there was not even enough space for my single-speed bike.

A bus had just gone past when we turned up, but there was still a giant space in the middle of the building near a large construction digger, meant to be part of a new London cycle superhighway. We took one step on to it only to find it was so narrow that my scooter almost crashed into it.

There was also a lack of guidance on the roadside on cycle-fuelled scooters. According to TfL rules they are not allowed on buses, but in London they are perfectly legal in the empty space alongside the bus stop where I took the escalator. It appeared to make no difference to TfL’s cyclists not being allowed on the bus, because just metres from the bus stop I found one who had ridden a bright yellow bike without a helmet.

I was told later that bicycles and scooters could be let onto the bus lane if they were not to obstruct the view of passengers. It seemed to work pretty well for the purple VW bus.

There was not enough time to argue with the bus driver who got his way, opting for the minibus ride to his destination as the bus came to a stop. The only warning I could see was a fading sign in a different location at the bus stop, but the sign disappeared the second I looked.

They should do better than this. Londoners should be able to enjoy a fully uncluttered, segregated cycle route on the most picturesque of London locations. And instead they are met with chaos and unclear signage in a borough with a chronic lack of cycle parking.