Alphonso Davies is making a name for himself in the NWSL in his first season, and he has an interesting connection with Washington. The 15-year-old Toronto native, who just got his first call-up with… 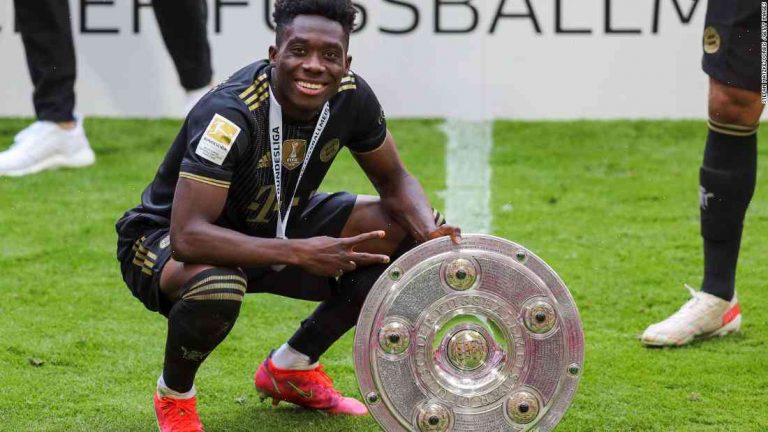 Alphonso Davies is making a name for himself in the NWSL in his first season, and he has an interesting connection with Washington. The 15-year-old Toronto native, who just got his first call-up with Canada, is a member of the D.C. United Academy team and it was there that he played his first seven games with the Under-17 national team.

Davies was at Livestrong Sporting Park on Wednesday afternoon to launch the inaugural NFT series, a four-part conversation series that will take place across the country through January 2019. The series, which includes Davies, and is on NPR member stations, takes an in-depth look at a sport in its nascent stages, as well as one of the most influential stars in the sport at a specific age.

Davies said he initially applied to D.C. United for its academy after coaches saw him play for Canada’s Under-17 team at the FIFA U-17 World Cup. He said he spent three weeks in the United States and put in about 70 hours on video before finally choosing the D.C. United Academy over other U.S. clubs. The team he played for was called the DC United Academy Plus, but Davies said that he wouldn’t have felt comfortable playing any other academy team.

Davies said that while he has a lot of time on his hands now, he also knows that he has a responsibility to do something with it and put in time for the sport he loves.

“When you play for soccer, it’s your life,” Davies said. “You want to do as much as you can to make a name for yourself, because when you get to the younger age you realize the bigger the names you are already known.”

Lorde Performs at the Institute of Contemporary Art