Do roundabouts have more green than red in the climate action mix?

In October 2012, the government set out its commitment to address climate change. This included the requirement to bring forward by four years the target for UK emissions to be below 1990 levels by… 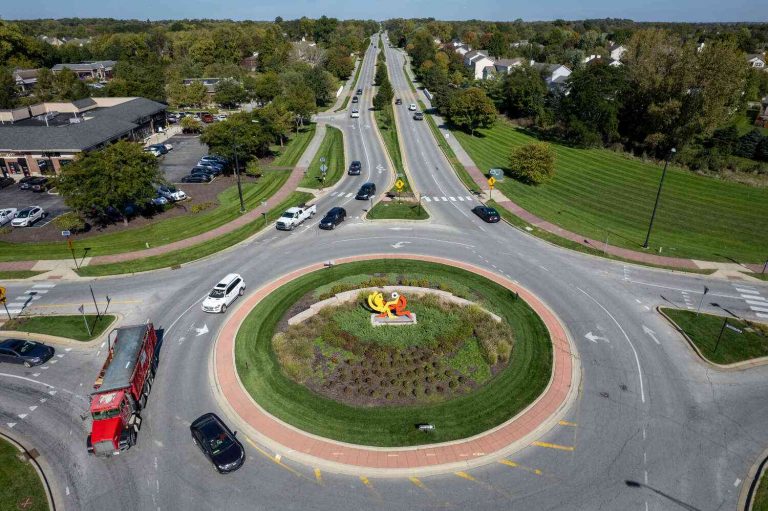 In October 2012, the government set out its commitment to address climate change. This included the requirement to bring forward by four years the target for UK emissions to be below 1990 levels by 2025. This announcement is part of the London Climate Change Challenge, launched in 2012, which brought together more than 100 cities and international organisations.

We were inspired by other cities and cities roundabouts. They don’t just make great designs, they also cut pollution and encourage walkable and public transport-friendly cities. So the Challenge has six goals, including promoting cycling and public transport; reducing emissions in secondary and motorised traffic; minimising emissions from industry; and improving health outcomes.

In their efforts to tackle climate change, is your city rounding off the front foot or clutching your seat belt? Read more

In addition to proposing a 30km/h speed limit for cycle routes, the Challenge has a participation rate of more than 75%. This has helped us with our domestic targets. Local transport authorities are responsible for about 75% of people moving around their towns and cities, and we have seen those areas making an acceleration in road-safety improvements. There has also been action on public transport and cycling as part of the UK’s transition to low-carbon economy.

Once a place has signed up to the Challenge, it is also no longer able to benefit from the roll-out of buses or heavy goods vehicles outside its boundaries. In other words, it no longer benefits from any economic benefit that a road could offer.

When you look at how most people travel, you see some unexpected outcomes. There’s less car parking. People are using bicycles and public transport to get around. Some people are even walking. The challenge has helped demonstrate that those who engage with it often result in savings on their carbon emissions.

As well as reducing emissions, roundabouts can also be changed to attract drivers to alternative modes of transport. This can be done by paving roundabouts over in areas that aren’t heavily used or used less than pedestrians and cyclists. So, for example, a roundabout can be transformed into a pedestrian-friendly village square, allowing people to spend more time in the countryside.

From bileballs to cemeteries: culture is changing beyond recognition, and it should Read more

To help people to explore the health benefits of cycling, we have worked with local organisations and experts to design and implement plans that help people get around with a bit less effort. Routes have been designed to encourage users to get a little bit more active. Many of these help to lead people to parks and green spaces. We also monitor how people are using these routes to map out what they can do next. Ultimately, we have seen change on the ground.

We look forward to having results in line with our 2020 emissions reduction targets, and are confident we can carry out this job. Great health can help with the challenges of climate change, so the challenge is encouraging, and is needed on a national and local level. We also know it has helped many other cities and a number of countries, so we are certain that roundabouts can make a difference to helping to reduce our carbon emissions.

David Fitzgerald-Bamber is the chief executive of Transport for London.

Join the community of sustainability professionals and experts. Become a GSB member to get more stories like this direct to your inbox