Dutch police fire into the crowd in Rotterdam

Dutch police opened fire on rioters early Sunday after demonstrations turned violent, despite an initial attempt to discourage demonstrators from reprising the chaos of the general strike against austerity measures and power cuts that… 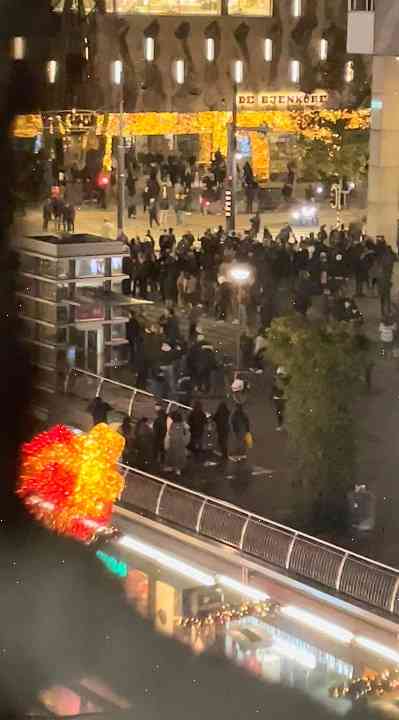 Dutch police opened fire on rioters early Sunday after demonstrations turned violent, despite an initial attempt to discourage demonstrators from reprising the chaos of the general strike against austerity measures and power cuts that ended Saturday.

The violence, described by The Guardian as a “night of carnage,” resulted in between 15 and 20 injuries, one of them serious, and 14 arrests.

“I don’t think anyone could have imagined it would be as horrible as it was,” Dutch Prime Minister Mark Rutte told reporters. “It’s as if a riot of violence was happening on the streets of Holland.”

The vandalism included setting fire to seven police cars and a building in the city center, vandalizing a hospital, smashing 40 windows at other public buildings, setting seven cars on fire and causing at least $400,000 worth of damage.

In the capital, buildings including the Voorhout Palace are being completely cleaned and state media are reporting that certain communications infrastructure and the radio broadcasting system has been down since Sunday morning.

The night began early with the Rotterdam march, the biggest single event in a wave of strikes around the country. The police, who had outnumbered the demonstrators by about five to one, attempted to convince a larger crowd to stay away, by presenting them with a list of pre-made and authorized slogans. But the small crowd of older protesters refused, and police decided to separate them into larger groups.

The foreign press was excluded from the protests. Protester Peter Alan, a 48-year-old from the Netherlands, told The Guardian he took part in the rally despite being “tired of the bad capitalism all around, sick of governments and the media covering up for the rich”.

The anger felt by some in today’s protests was close to the surface. Whereas the strike last Friday targeted big companies and public services, today it was about ordinary people who, for example, do not have running water and refuse collection.

Check out more about the day of riot in the video below.