From Cancun, 2018: Walking a Country Through Climate Change and Getting More Done

It was all systems go in Cancun, Mexico, in 2014. President Obama and climate talks’ host, a few global leaders, big headliners, meaningful negotiations. Then the bad news: the United States wouldn’t meet its… 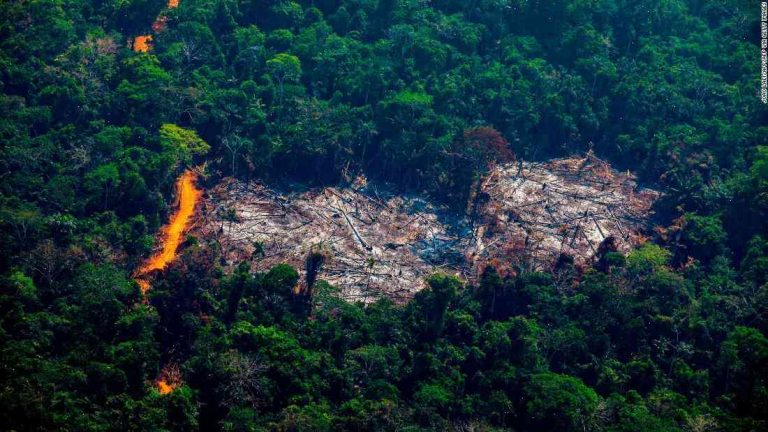 It was all systems go in Cancun, Mexico, in 2014. President Obama and climate talks’ host, a few global leaders, big headliners, meaningful negotiations. Then the bad news: the United States wouldn’t meet its domestic climate targets for that year. And that really cost the conference its backbone. In all three years since, countries have fluffed off promises to do more.

Now COP26 is back in the same city, Cancun, Mexico, later this week. It’s a fresh chance for the climate process to hit another reset, and Brazil, which has led the charge in the past year, is billing it as one of the biggest climate conferences in history.

But will it? Brazil is a major global player, and Brazil under President Michel Temer has struggled with aggressive policies and divided political forces for months.

Here’s a timeline of the flawed, possibly ineffective, national response to the catastrophic effects of climate change.

Signed at Cancun in a joint promise between the U.S., China, and the European Union, the agreement took effect the following year, but with added momentum to build on. The United States agreed to cut its carbon emissions by up to 28 percent from 2005 levels by 2025. China and the EU also pledged to sharply curb their emissions by 2030. (Each plan will carry over to the post-2020 plans.) And while Brazil did not make a separate commitment to cut its emissions, it did not formally oppose the deal either.

In September 2015, the World Bank launched a major research project aimed at assessing the impact of an ambitious post-2020 agenda on regions and countries around the world.

The first phase of the research began in Cancun, but there was little to show for it. The Bank launched phase one of the Bank’s High Level Expert Group to assess the costs of climate action that countries have outlined as part of their Intended Nationally Determined Contributions, or INDCs.

A second phase of research launched in May 2016. The group consulted with governments and experts, and made specific recommendations about which countries, regions, or plans were ready for implementation. From its recommendations, the group came up with a scorecard of INDCs and suggested improvements for more developed countries and of the INDCs developed nations had so far agreed to. It also helped produce three specific proposals to help developing countries speed up their efforts.

In effect, the Bank’s research was intended to help the United States and the EU get a better handle on the shortcomings of their climate plans. It also helped spur action in Brazil as the country’s Senate voted overwhelmingly in September 2016 to back a sweeping plan to curb emissions, offer incentives for renewable energy use, promote electric vehicle and bus usage, and increase investment in renewable energy, transportation and cities, among other measures.

As of October, though, Brazil was already heading in the wrong direction. When it finished up its plan at the end of 2017, it stood at 20 percent below 2005 levels by 2020, 26 percent below that level by 2030, and around 54 percent by 2050. (This includes output from deforestation, which fell dramatically in Brazil in the years prior to the global push to combat climate change.)

The cautionary tale for the Brazilian government is that its lack of financial commitments could prevent it from making the needed cuts in greenhouse gas emissions. The Bank, in part due to Brazil’s history, could help Brazilian businesses and cities think globally, while helping them boost their financial stability.

As Cancun kicks off this week, the country is making big pledges in a bid to again put climate on the table as the big parties at the World Economic Forum get underway in Davos, Switzerland. Brazil is offering an ambitious $15 billion toward infrastructure and additional investments. Finance Minister Rodrigo Rocha Loures said the government will borrow about $5 billion from the public budget. But there’s still a ways to go.

As Brazil tackles the issue, it should consider other development strategies — such as funding for energy efficiency, to better combat climate change by building solar panels at homes and on rooftops. A bank-led fund in Brazil is promising a $2 billion loan, mostly to support energy efficiency and fuel-efficient vehicles.