In Venezuela, billions vote in long-awaited election for state governors

Venezuelans voted Tuesday in a general election seen as a referendum on President Nicolas Maduro’s turbulent rule as the ruling Socialist Party bids to retain an ironclad grip on power. In seven hours of… 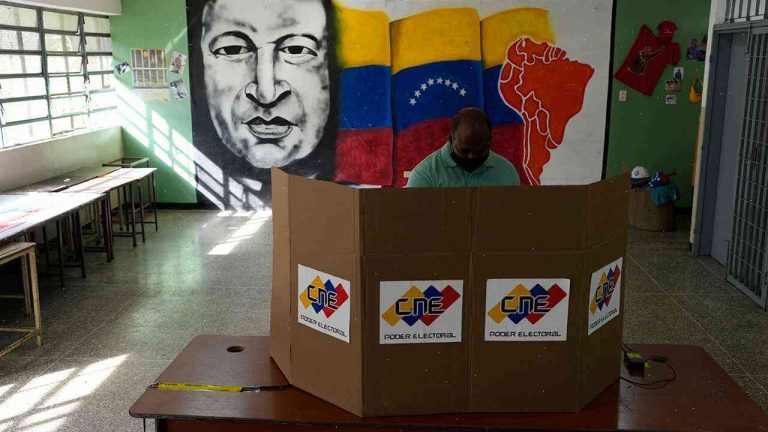 Venezuelans voted Tuesday in a general election seen as a referendum on President Nicolas Maduro’s turbulent rule as the ruling Socialist Party bids to retain an ironclad grip on power.

In seven hours of voting, 39.3 million people were eligible to cast ballots in 26 provinces, which make up nearly 20 percent of the population. Polls closed at 9 p.m. Venezuela time.

Maduro, 56, has warned of economic disaster and violence should his unpopular government be tossed out of office and one of its allies elected. Many voters have vowed to prevent that from happening.

“I’m voting for freedom,” said Ruben Avila, a house painter in the western city of Merida, one of the country’s richest areas.

The opposition alliance has boycotted the vote, saying the vote is a sham, and is relying on support from Venezuelans who feel trapped in a nation with no real way out of a deteriorating economy.

Opposition leaders have been trying to mobilize dozens of governors on election day.

Falcon, a former National Guard captain who did not join the anti-Maduro protests of 2014, has fallen short of the 50 percent or more of votes needed to win the office.

Although turnout is a key indicator in Venezuela, no single figure can forecast the outcome.

In 2009, Maduro won the vote for re-election, despite the opposition’s boycott. The opposition later said it had won a majority in the regional legislature in 2013, when Maduro was re-elected. That election was widely considered illegitimate, but the National Electoral Council, Venezuela’s highest authority, upheld the results.

The council has never said how many people cast ballots in the 2012 presidential election.

John Paul White: The gospel in the hearts of blues