A San José upcountry resident escaped tragedy by ditching his motorcycle at 230 kph (140 mph) after a lightening strike last week, according to local media. Maverick Viñales, 27, and his girlfriend were traveling… 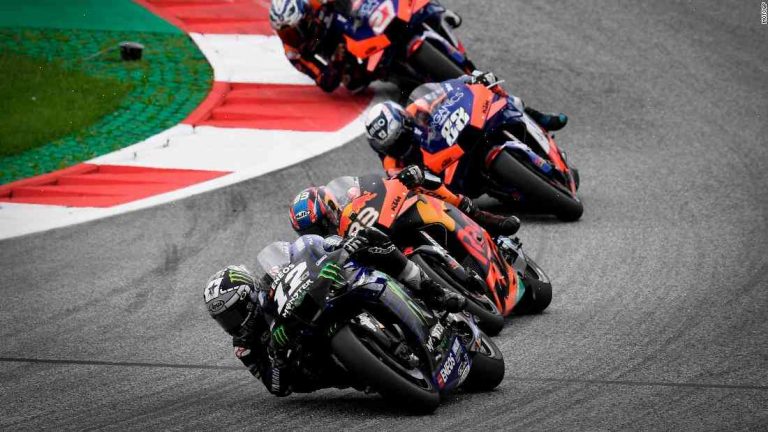 A San José upcountry resident escaped tragedy by ditching his motorcycle at 230 kph (140 mph) after a lightening strike last week, according to local media.

Maverick Viñales, 27, and his girlfriend were traveling in a community from Puente del Capitán, a community of 400 inhabitants, to the remote community of Matapalo, which has only a mud and rock barricade stopping its only road crossing, when the sudden streak of lightening slammed into the motorcycle about 12 miles up the rugged coastline.

What hit was a piece of wave coming from the Pacific, many times bigger than the motorcycle, causing the bike to flip.

“After the impact, I feel like the impact was a loud squealing,” he told RPP.

Some two hours after the accident, responders arrived with medical tents to help, but they ran out of medical supplies.

“I was given a non-steroidal anti-inflammatory pill,” said Viñales.

Facing the heat, he ditched the bike and made it out of the surf, but swam 2-1/2 miles in the water with a body full of bruises. The only thing that was broken was his bike seat, which hit the surf, but he said it still is unusable. He also sustained some cuts and bruises.

He has several telephone interviews with local news agencies planned today, but for now he is recovering at home with his family.

“I was very lucky to have survived and to know that I will walk a different path,” said Viñales.