More than 90 protesters took to the streets in Managua on Friday to demand the resignation of Nicaraguan President Daniel Ortega after police killed one of their number during an overnight protest. Observers say… 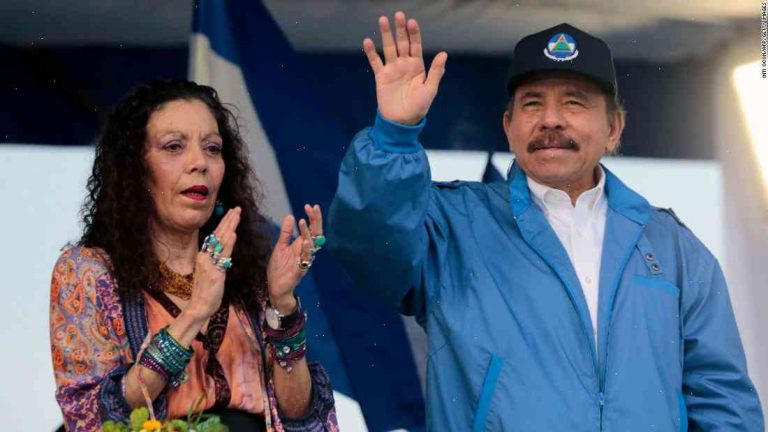 More than 90 protesters took to the streets in Managua on Friday to demand the resignation of Nicaraguan President Daniel Ortega after police killed one of their number during an overnight protest. Observers say there was a major escalation in violence in the final days of Nicaragua’s presidential election campaign, with protesters regularly attacking the state media and police forces, and Ortega likely to be re-elected on Sunday after polls suggested his main opponents would split the vote. The death toll from the weeks of unrest stands at around 70, with 30 people dying in the last four days alone.

“The repression brings us out on the streets,” one demonstrator said. “We’re not going back to where we were.”

Last Sunday’s presidential election may have been a success for the 71-year-old Ortega, but this fresh wave of violence and intimidation carries risk for a nation that has struggled with economic and political unrest for several years.

As the New York Times reported, Ortega, a former Sandinista guerrilla fighter who became president in 2006, has been focusing on the National Assembly as his primary focus of economic development — but he has also resorted to increasingly brutal means to maintain control. In December, the Nicaraguan Congress stripped Ortega’s Social Christian Party of its legislative majority, and his Institutional Revolutionary Party is now viewed as virtually a consensus choice for the country’s next president.

Nearly 180 people have been killed since protests began in April. Similar clashes have also occurred in Central America’s largest country during clashes between police and protestors in Honduras and El Salvador — affecting both political parties in those countries as well. In Nicaragua, the rival political blocs have voiced concern about possible gains made by the Ortega and Ortega’s wife, Rosario Murillo, during the campaign.

On Tuesday, Murillo, the president’s wife, was named Vice President in what observers say was another piece of a de facto autocratic rule that helps manage the democratic process. A former first lady, Murillo is only 38 years old.

For all the reasons cited above, the signs are clear: Nicaragua can expect more violence and accusations of authoritarian control — not to mention further divisions in the country.

Read the full story at the New York Times.

Get ready for those strawberries and peaches