In his obituary for golf great Charlie Sifford, Golf Digest described Sifford as a “black golfer from the south whose preferred play has been the playful 5-iron that didn’t trouble golfers of all races… 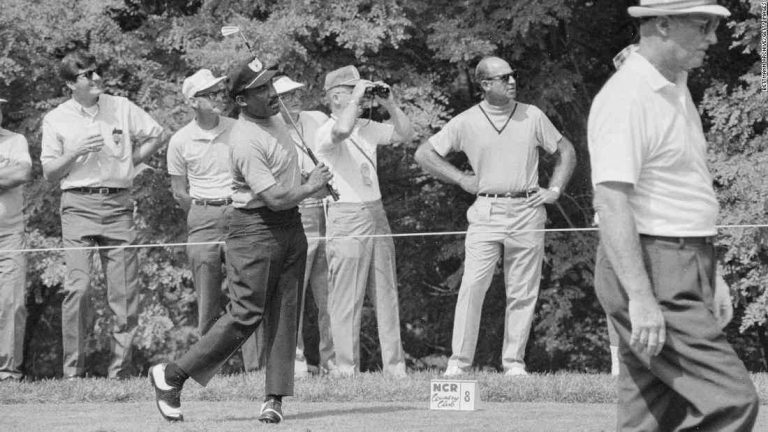 In his obituary for golf great Charlie Sifford, Golf Digest described Sifford as a “black golfer from the south whose preferred play has been the playful 5-iron that didn’t trouble golfers of all races who won the money in televised tournaments in the 1950s.”

Sifford provided this apt quote: “I never played to be the first, but just to play.”

The stories of individual excellence are too numerous to include them all in one article, but as you’ll see in the biographies accompanying these excerpts, nearly every major player on the PGA Tour over the past five decades contributed to what Golf Digest termed “a true revolution in American golf.”

A new inaugural Charlie Sifford Award, “a fitting tribute to a beloved athlete and good person who helped make it possible for everyone to enjoy golf at its best,” will be handed out each year at the John T. Graham and Wes Short Golf Classic. On hand will be some of the greatest champions of the sport’s history. Tournament winners will be named after John T. Graham, founder of the first televised PGA Tour event in 1954, and Wes Short, general manager of the tour’s largest prize money event from 1953-65. The award winner will receive a $25,000 prize and be invited to join the three lifetime achievement winners, who will be honored at the annual 25th anniversary John T. Graham and Wes Short Golf Classic.

The winner of the inaugural award will receive the George and Mary Kay Graham Award and receive a trophy engraved with the PGA Tour Champions logo. The Katherine and Marty Rouse Award will go to a “younger generation of African-American professionals who are showing determination, focus and community engagement in progress.”