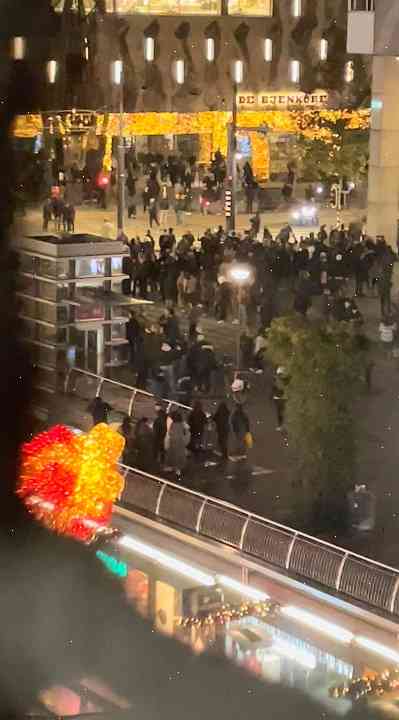 This article is over 4 months old

Metal detectors, surveillance cameras and containers have been used in a city-wide clampdown on rave parties that have resulted in a sustained reaction from citizens.

Police say officers have been injured and protesters have thrown bottles and clashing with security guards.

Thousands of Rotterdam residents began protesting against measures approved by the city council to address a surge in drug, alcohol and risk taking deaths at its “Rave, Dopp and Font” (RDF) events.

Three young women died after taking MDMA at the popular event between 2013 and 2015, authorities said.

Residents and police say drastic action was necessary to restore order after a “perfect storm” of social media posts calling for a peaceful protest that turned violent.

Protesters said cops broke up larger peaceful protests with teargas on Sunday night and in more violent clashes early on Monday morning. Police officers were injured by locals who damaged a police van.

Maj Batzoonswijk, an official for the Rotterdam city council, said residents were not interested in violence but rather government action to address safety issues.

He said the violence had been primarily directed at those arrested.

Residents said they were fed up with unannounced raid-like measures – which involve swooping up large numbers of young people – on weekends.

Some asked if the “entire city” should be put on lockdown for a regular 24-hour event.

“The police told us they are disappointed in the community but realise these things are the only means to keep everyone safe,” Brian Vandersluis, 17, said.