Rahil Ahamed, CNN • Updated 8th November 2018 ( CNN ) — Ecuador’s National Police have identified 26 bodies from what is being described as a mass prison murder of scores of inmates in… 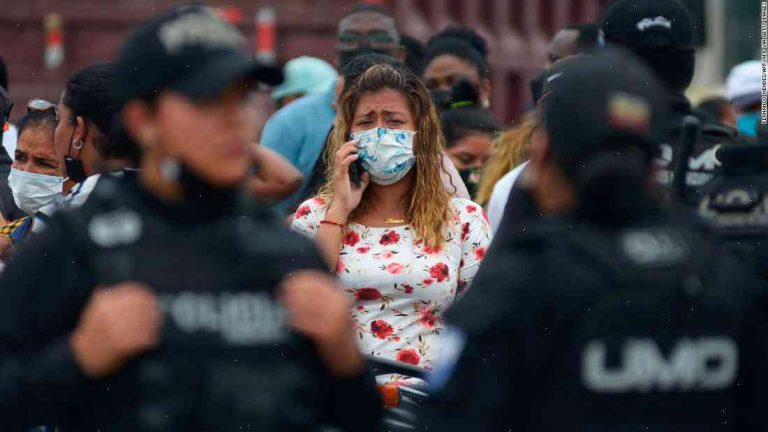 ( CNN ) — Ecuador’s National Police have identified 26 bodies from what is being described as a mass prison murder of scores of inmates in a cellblock near Quito earlier this month.

The investigation into the brutal incident began immediately after it occurred on November 4. All 26 bodies were removed from the La Quebrada prison by helicopter on November 11, and taken to different hospitals around the country, including a neurosurgical unit in the capital.

The victims include two- and three-year-old infants.

According to authorities, 26 bodies had been identified at this point, while remaining inmates were being looked into.

Most of the victims were killed when an inmate armed with a machete and other sharp-edged weapons opened fire inside the prison. The maximum security block held 104 inmates, and the remainder were either on the outside, awaiting trials, or in other parts of the prison.

As the shooting began, gunshots caused the inmates to flee the police inside the block, to the waiting arms of others holding machetes, knives and other sharp-edged objects. Most of the victims were from the block known as the Junicaari.

The attacks lasted for four hours, according to local media reports.

The incident comes just a year after new President Lenin Moreno was inaugurated, promising to combat deadly riots and abuse of power that had been all too common under his predecessor, Rafael Correa.

Amongst his initiatives was the establishment of a body made up of representatives from different sectors of society, including the Catholic Church, to advise the government on how to respond to the situation.

However, the prison system in Ecuador is rife with problems.

Following the latest prison bloodbath, heads of various religions voiced their concerns about overcrowding in the country’s jails, with reports saying that 84% of the prison population were being held in cells designed for 30%.

Following the killings at La Quebrada, the Interior Ministry issued a statement on October 18 asserting that there was no intervention needed in the prison, and adding that the prison had been brought under control before any violence broke out.

Other atrocities have struck other parts of the country.

According to police reports, there were clashes in the capital on October 8 between police and suspected gang members, with four barrios — or neighborhoods — reduced to rubble in the process.

The government did not specify who had been blamed for the incident, but called it a “riot” and said that they were waiting for results of an investigation by Ecuador’s Attorney General’s Office.

In that context, Deputy Interior Minister Cesar Navarro told local reporters that the setting up of “axis of control” would allow authorities to more effectively deal with any future attacks.

Brazilian officials arrest over a dozen over horse meat scandal