Could ‘Muqawama Sadam al-Karra’ be the next ‘Treasure Cave’?

Written by By Staff Writer For thousands of years, geoglyphs have been a key feature of the isolated and remote landscape of the Middle East. Now, one of the oldest geoglyphs — a stunning… 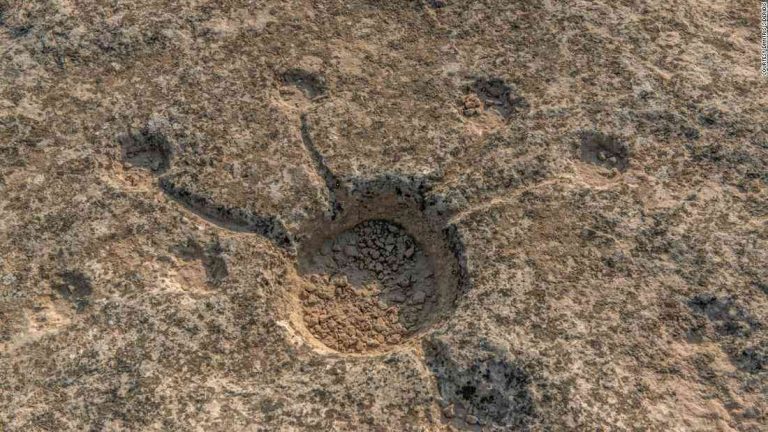 Written by By Staff Writer

For thousands of years, geoglyphs have been a key feature of the isolated and remote landscape of the Middle East.

Now, one of the oldest geoglyphs — a stunning carvings of animals found in the remote area of Graubünden, Switzerland — is being studied by a team of scientists who are perplexed by its unusual — and somewhat mysterious — meanings.

But their confusion could turn out to be Qatar’s golden opportunity.

In April, the Hermitage Museum, in St. Petersburg, Russia, will launch an exhibition on the second page of the Hermitage catalog: a pair of mysterious carvings found in the al-Wakra desert of Qatar.

It’s one of the most remote geoglyph sites in the world, with barren beaches, desert winds and only minimal access.

Suspicions about the meaning of the carvings on the site — in which a zebra-like creature — have persisted since they were discovered by German naturalist and ophthalmologist Blaise Höppe in 1935.

Recently, Steve Sawyer, the director of the British Museum’s (via the Times newspaper) Museum of the Middle East, studied the third and fourth dimensions found on a circle of carving about 10 meters in diameter, along with visual interpretations by the likes of German artist Christine Dreiger and professional cave artist Caelan Somerville.

Although they have not quite “found the answer,” Sawyer thinks they have reached the “most reasonable” conclusion: They are simply a representation of a spring.

“A spring is the kind of thing you would expect to find up in the al-Wakra desert,” Sawyer told the Times. “It’s quite difficult, though. You look at it and think ‘What am I looking at?'”

Known for its drawing ability

In the exhibition , unveiled March 16th, the names of the geoglyphs will be disclosed for the first time — among them the “Mirror Mosque,” “Tiradenti,” “Muqawama Sadam al-Karra” and “The Soldier”.

While the Hermitage is putting on the exhibition, the doors will open to visitors — including members of the Qatar Museums Authority — at the Jardin des Plantes — an open-air museum in the desert that will showcase artworks and objects from places including the deserts of Qatar and Saudi Arabia.

“The veil will finally be lifted,” Hermitage Director Axel Schütz told CNN of the upcoming exhibition. “This will be a very important meeting between the world of cultural symbols and the modern world.”

The exhibit is built around the museum’s unique building, which comprises six wings and 14 water tanks, in one of the world’s driest regions.