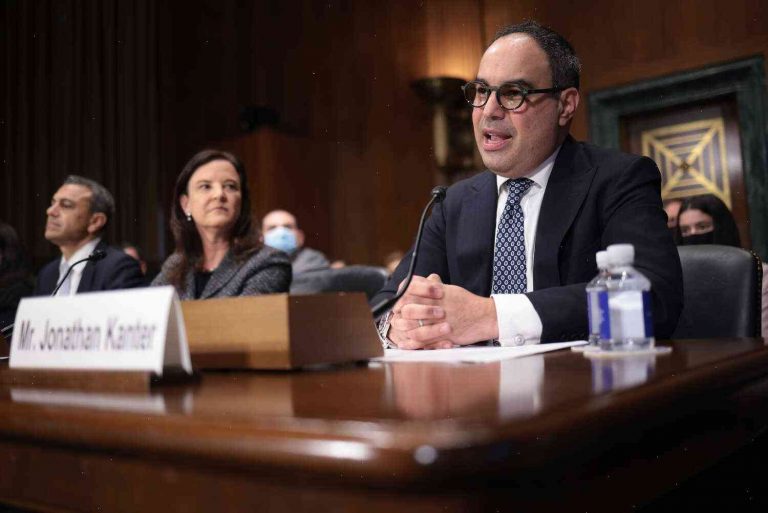 A Senate committee voted on 21 to 8 to confirm Baskin, in addition to approving Benjamin Adler, Esq., to serve as acting chair.

Baskin has also served as chief of staff to both Rep. Lee Terry (R-Neb.) and U.S. Senator Mike Johanns (R-Neb.) During his term as general counsel to the Senate Judiciary Committee, he was involved in crafting a bill that established an Interagency Working Group, responsible for the development of antitrust-related legislation and developing antitrust enforcement strategy.

Sen. Orrin Hatch (R-Utah), the former chairman of the Senate Judiciary Committee, praised Baskin. “I am pleased that Senator Hatch has been able to recruit a truly distinguished representative of our country to fill a permanent FTC post. Professor Baskin’s career has spanned more than 40 years, including service at the FTC, the Federal Trade Commission, the Department of Justice, and the State Department,” said Hatch.

“In addition to an outstanding legal background, Brian has brought distinguished experience to bear in every work environment,” said Hatch. “He is passionate about antitrust enforcement and has a vision for the commission to help enforce and implement the country’s strong antitrust laws while also being an advocate for competition and innovation.”

“Professor Baskin brings not only extensive antitrust expertise and institutional memory to his new position but will be a strong voice at the FTC. Indeed, Cornell University has a rich history of leading the country in antitrust enforcement and academic research and Baskin has worked on bringing the same discipline to the FTC,” said Leahy.

“I know Professor Baskin will be a strong voice at the agency, and believe his energy and knowledge will be an asset as the FTC focuses on ensuring consumer access to diverse technologies and innovative marketplaces across the country,” said Leahy.

Erik Gordon, a law professor at the University of Michigan, who co-led the competition school practice at Simpson Thacher & Bartlett LLP, told the campus newspaper that Baskin’s appointment “bolsters and brings a sound insight into competition, antitrust and the First Amendment to the FTC,” referring to the fact that Baskin is a staunch proponent of a First Amendment right to free speech.

In an op-ed for the website The Federalist, Baskin wrote: “Modern competition policy requires that the regulation of antitrust disclosure be successful, once such rules are in place. But it can be said that every pro-competition policy has at least a few purveyors and has come under fire of those who believe that it has gone too far. There is, however, only one explanation for all these objections. Those who oppose pro-competition policy at the FTC have no alternative plan for curbing competition when the FTC achieves its stated aims.”

Baskin added: “The FTC should not rush to regulate or micromanage American businesses because of the Amazon effect or because we worry about something competitors might do. We should instead focus on policies that will help the competition system function well, especially if we, as a people, wish to support not just low prices and distribution convenience but also increased consumer choice.”

I want to buy dresses for my wedding. Who do I go to?