Armed robbers escape with $100,000 in Louis Vuitton merchandise after firing shots at store in Chicago 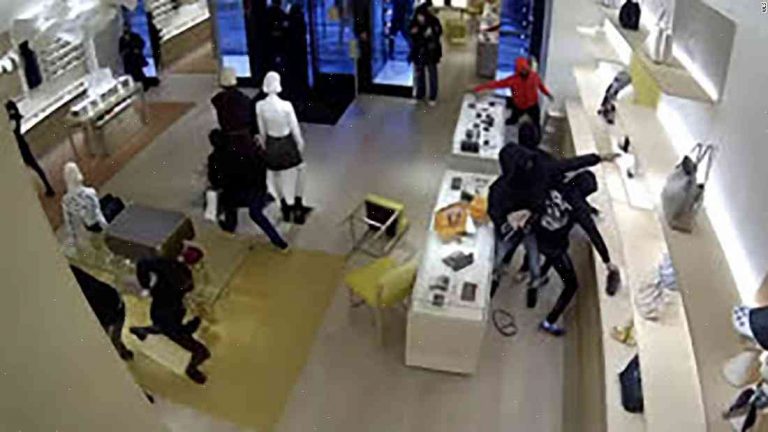 Police in Chicago are searching for two robbers after a pair of armed thieves ran into a Louis Vuitton store near Michigan Avenue and Rush Street on Friday afternoon and ran out with multiple designer bags from the world-famous fashion house. According to an NYPD spokesman, two armed robbers went to the store and pointed their guns at a clerk. When they were confronted by a third person, they also displayed their guns and fired shots. None of the three who confronted the robbers were hurt.

A witness called 911 to report that there were three people — one of whom was wearing a Louis Vuitton mask — in the store. The thieves made it to the other side of the building with a shopping cart containing over $100,000 in merchandise. One of the robbers has since been detained. It’s unclear at this time how many people actually had the bags and if they’ve been recovered.

This is not the first time a robbery or attempted robbery at a Louis Vuitton store has taken place. In 2013, police in New York City released photos of a pair of thieves who attempted to enter the famous store and “smash it to pieces” using rocks. The thieves are seen on CCTV trying several different methods of entry before pushing a pedestrian down on a railing and jumping a glass door into the store. Within seconds, the suspects are outside the store, holding the bags the pedestrians had dropped behind them. They headed straight for the shopping carts of the gear, tossing them through the air.

Authorities have warned all downtown Chicago shops to have their cameras installed to “ensure that suspects and their subjects are apprehended.” No arrests have been made, and more details have not yet been released by the police.

Read the full story at The New York Times.

Woman who fought off armed robber outside store sentenced to prison

Deplorable fun from Atlanta: episode two of Dancing With the Stars