Revealed: The sculpture of Roosevelt at the White House 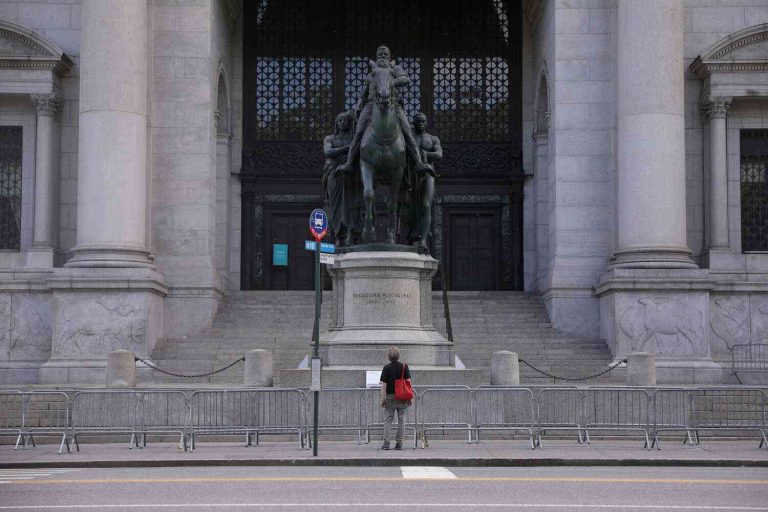 More than 80 years after President Franklin Delano Roosevelt gave his famous 1944 State of the Union speech and more than 50 years after a Montana-born sculptor first set out to commemorate the wartime president, the design of a new bronze sculpture of FDR — a sculpture that will greet visitors to the new Rose Garden in the Eleanor Roosevelt Presidential Library and Museum on the South Lawn of the White House — was unveiled on Wednesday.

Robert Graham, the sculptor, who has been working on the FDR project for about three years, took the first pass at the portrait’s head on Wednesday. This rendition represents a portion of the sculpture that will be installed in the fall. Later on Thursday, Assembly Speaker Robin Vos, R-Rochester, will recognize the unveiling.

The bronze portrait is the third sculpture to honor President Roosevelt at the new facility; the first and the second are of Eleanor. Because both of the surviving Roosevelts lived in Connecticut and visited Washington regularly, the Roosevelt statue also represents the Roosevelts’ sons, Theodore, who resided in Hyde Park, N.Y., and Franklin D. Roosevelt II, who resided in Garrison, N.Y.

In the fall, visitors to the President’s home can expect to see a bronze bust of the Grand Old Dictator in the Rose Garden, as well as two statues depicting FDR behind the West Wing door.

The new Roosevelt sculpture, as written about by Robert Graham (pdf), weighs 54 pounds and measures 26 feet tall and 31 feet wide. According to the history written by Heidi J. Rizer of the College of Charleston, sculptor Graham first approached the Roosevelt family about the possibility of a statue of FDR in the White House in 2007, and according to Rizer, an aide to Eleanor Roosevelt recommended that she assign Graham to the project. In 2009, the project got underway, with Graham only starting on the sculpture after Winston Churchill’s death that year.

The first proposed sculpture of Roosevelt, paid for by the Balfour Foundations, was abandoned for budget reasons. The second, a bronze sculpture of Roosevelt at center stage, made its debut in 1979 and was honored by the sculptor the following year with a long list of awards, including a special citation from the National Academy of Design.

Read the full article at Worldcrunch.

The missing miners: Australia and PNG share their tragic story