Yes, we know we are good at navigating the world. So

Last week, the founder of Knowledge Yourself magazine, a female-focused and Australia-based online newsletter, told a panel of female entrepreneurs that she wished “there were wider signs out of my front window that say… 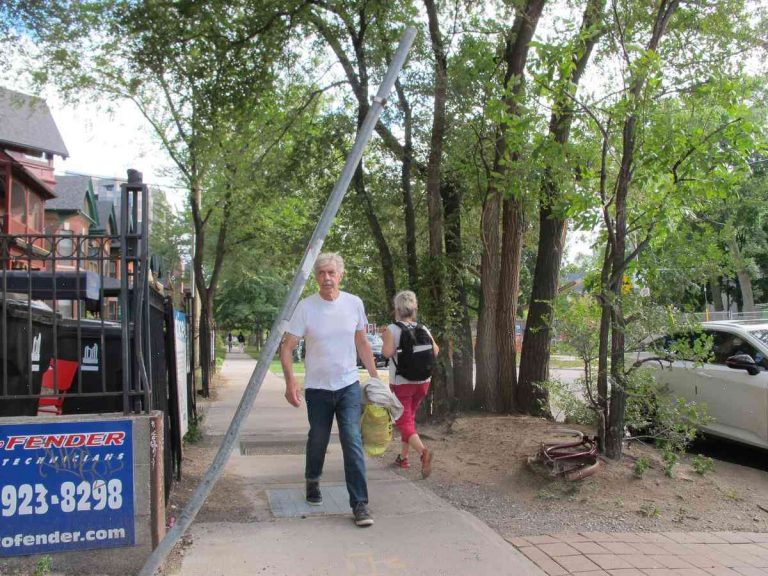 Last week, the founder of Knowledge Yourself magazine, a female-focused and Australia-based online newsletter, told a panel of female entrepreneurs that she wished “there were wider signs out of my front window that say ‘I am a woman’”.

The internet is full of posters that tell women: “You are not a man.” When I grew up, this would have been considered a negative message; as a woman, I was expected to drive the family car, iron, juggle the childcare and bake the bread.

Why don’t I tell my son that I’m a woman? | Mona Chalabi Read more

It’s come to be seen as another of the entitlement issues of the second half of the 20th century, a symbol of our ability to feed at the public trough and conform to the “pig box” stereotype of being an extra. However, the message still persists today; only this time, it’s a slightly insidious one that shames us into otherness. But it still frames the world as a place where we should curate our lives around the stereotypes that only conform to the way we think about being a woman.

It’s a message that is not uncommon in Australia. Just look at sports-mad men in sports media who use their masculinity as a weapon against their female colleagues, telling the latter to shut up and not provoke what is perceived as their insecurities; while in sport itself, Australia’s famous “naturally loud” female practitioners find themselves labelled “out there” and labelled as lacking “co-ordination” or “fussy”.

And when our experience of being a woman is presented to us in language that is constructed and not set in reality, it becomes far more challenging for us to navigate the world the way we think it should be.

There is another telling example of this in social media interactions with my small community of Australian women. During the recent election campaign, personal stories of who we are as women were pored over and described. We were judged. Empowered. Indulged. Damned. Vindicated. We were also given negative gender markers based on our gender, which label me as hyperaggressive, sexual, hyperinhibited, a victim of domestic violence, mentally ill. Or we were deemed to be emotional and, for some reason, prone to “spoiling” “good boys”.

I also regularly receive blame and intimidation, when I ask a former male friend to respond to an article via email that I wrote (which is a career-limiting move for a woman). He can feel any kind of testosterone spike if I say I have made up a story because I like having a microphone at my feet, so when I ask him to reply to my article, he replies that “I won’t be discussing this with you” and then the sentence is deleted without explanation or context. What can I say? I’m a woman. I need my ears sharpened in these situations. So this type of shaming and patronising is happening. I know this because I’m in a community with other women who I have come to count as family.

Yet, despite this added burden, we are good at navigating the world.

In my community we have done it in our own way, through sports, our history, our sense of humour, and our words. And when I talk to other people in the sector, and the young people we are trying to reach, I feel the same pride in our achievements and determination that my mother and grandmother had. But with their absence, there is a loss. And I’m finding it difficult to carry on.

I’m sharing this because the past three weeks have been so incredibly difficult for me. The question I was asked – was I a hypochondriac? – left me feeling incredulous. I could see what the men were thinking when they accused me. Was I asking them a stupid question? Did they know better?

I am truly one of the lucky ones. I was born into a family where my parents knew how to take care of themselves. I have a loving and caring family. My daughters came to me when they were younger. I was able to provide both father and mother time together, the opportunity to always be trusted, to